Poll: 53% of Israeli Jews say Arabs should be encouraged to emigrate

More than half of Israeli Jews believe that the state has the right to encourage Arab citizens to emigrate, according to a poll released Tuesday by the Israel Democratic Institute. 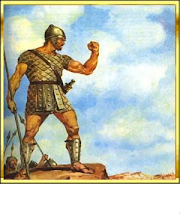 To quote the great Wikipedia:

The most important thing about the malcontent, is that he is malcontent—unhappy, unsettled, displeased with the world as he sees it—not at ease with the world of the play in which he finds himself, eager to change it somehow, or to dispute with it. He is an objective or quasi-objective voice that comments on the concerns of the play and comments as though he is somehow above or beyond them.

I have spent nearly a decade in Israel and I'm mad as hell.

As a nation we are besieged by enemies both foreign and domestic. We are inundated with elitist agendas, oligarchs and religious obscurantists--all standing in the way of our country's progress.

This blog is my place to vent on these issues, and it evolves as I do. I post many things here. A lot of it is crude. Some of it I believe, and some I do not.  Some of it is serious, some of it is not. All of it is Frank.

Like so many of us I view my people with a combination of wonder and pity, and this notion lies at the heart of all my content.

Finally, regardless of what you read please don't confuse my point of view with cynicism. The real cynics are the ones who tell you everything is going to be all right. I'm not so sure, and in a way that is very freeing.

Blogs and sites I check from time to time: